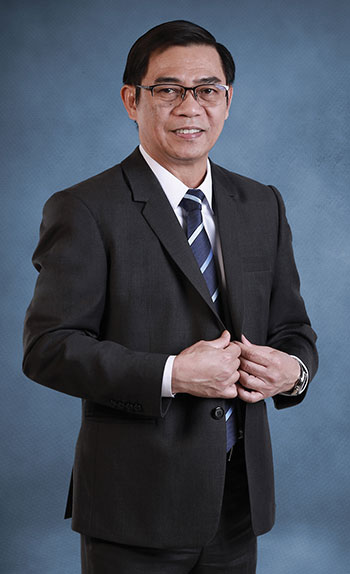 From 2013 to the present he has been the head of the Financial Control Sector of Metrobank. Concurrent to his position as senior executive vice president of the Bank, he also serves as director of Manila Medical Services , Inc. since April 2018 and Metro Remittance (Hong Kong) Limited since 2009.

Mr. Naing earned his BSC Accountancy degree from the Polytechnic University of the Philippines.