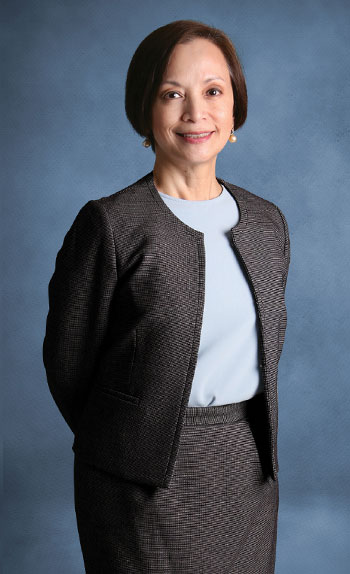 She was also a director of Orix Metro from 2015 to March 2020. Prior to joining Metrobank, she was the managing director, regional head of Client Delivery, Treasury & Trade Solutions of Citibank N.A, Hong Kong Branch from May 2013 to March 2014. She also served as managing director, country head of Citi Transaction Services of Citibank N.A, Manila Branch from March 2011 to May 2013.

She worked at the Credit Lyonnais of Manila Offshore Banking Unit from August to November 1995. She joined the following companies, Citytrust Banking Corporation from June 1990 to June 1995; Union Bank of the Philippines from October 1986 to June1990; Philippine Commercial International Bank from January to July 1996; from Insular Bank of Asia and America from September 1984 to December 1985.